Economy for oil and gas

Are you sure to enable the cookies for the category "@category" ?
Yes No

In addition, Danish society gains from the spending power generated by the jobs in the oil and gas sector – because oil and gas production creates workplaces for thousands of people, both on- and offshore.

The state generates indirect revenue from oil and gas production through its shareholding in DONG Energy, as this company’s subsidiary, DONG E&P A/S, participates in oil and gas exploration and production in the North Sea.

State revenue from hydrocarbon production in the North Sea aggregated about DKK 404 billion in 2014 prices in the period 1973-2014. Total state revenue for 2014 has been calculated at DKK 18.8 billion. 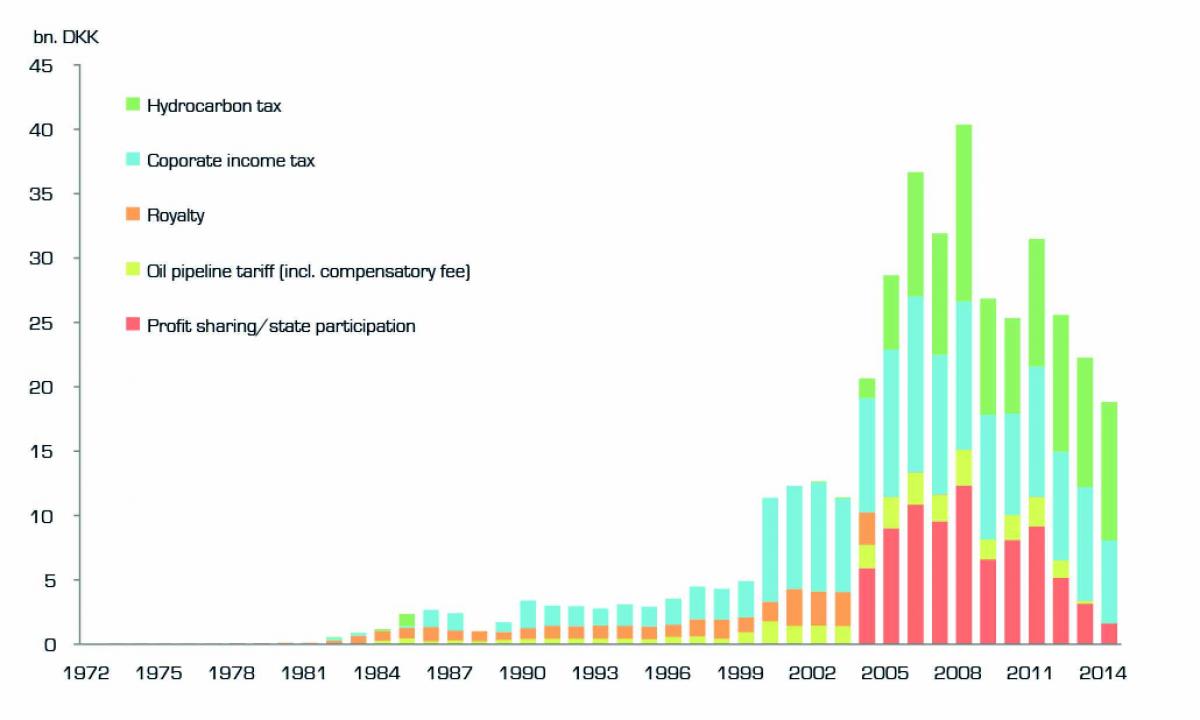 Value of oil and gas production

Oil and gas production requires large, long-term investments. In the past 50 years, oil companies (licensees) have invested heavily in exploring, developing and operating Danish fields. The present and future levels of activity – and thus investment in exploration and operations – affect potential income for many years ahead.

The aggregate value of the licensees’ expenditures for exploration, field developments and operations in the period between 1963 and 2014 slightly exceeded DKK 355 billion (2014 prices), which averages close to DKK 7 billion a year.

A breakdown of the licensees’ costs is available here.

Reports on oil and gas activities

Legislation and guidelines for oil & gas